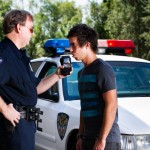 FRESNO, Calif. (KFSN) — A Supreme Court decision in April gave drivers across the country the opportunity to refuse a breathalyzer and blood test when they are suspected of driving drunk. Even though suspected drunk drivers can still be arrested for a DUI it now takes a search warrant to draw blood.

Fresno police officers are among the top in the nation when it comes to tracking down and arresting drivers who are behind the wheel drunk. But these days, whether at DUI checkpoints or traffic stops, officers are finding more suspected drunk drivers are saying no to sobriety tests.

“We’re always going to have people that refuse to provide a breath test. I believe those numbers have increased simply by the ruling and eventually by word of mouth. More people will feel the need to refuse, hoping to beat the case in court,” Fresno Police Chief Jerry Dyer said.

Criminal Defense Attorney Marc Kapetan says he would advise his clients to weigh their options the moment they are pulled over on suspicion of DUI.

“I think you have to decide, what do I hold more closely to me, my constitutional right against law enforcement doing unreasonable searches and seizures or my privilege to drive,” Kapetan said.

Those who refuse to take DUI tests will have their driver’s license revoked for one year by the Department of Motor Vehicles. Since driving is not considered a right, the DMV is allowed to take it away for drivers who refuse to cooperate.

Fresno County Deputy District Attorney John Savrnoch says DUI drivers should not assume they will not be prosecuted for turning down the collection of physical evidence.

“I think that’s a mistaken impression. I think by the time someone comes up with that less than brilliant scheme, that they’ll be a legislative fix once again allowing the forced draws,” Savrnoch said.

Since 3,400 drivers are arrested in Fresno each year for DUI, the police chief says these tests are important, and serve a great purpose in court.

“The more evidence you can have, when you arrest someone, the better likelihood you have of successfully prosecuting that case,” Chief Jerry Dyer said.

Since this ruling, the Fresno County DA office says it has not dismissed one DUI case because of a refusal.

If you have any questions or would like to schedule your free initial consultation please call (559) 222-5800 or fill out the form and we will contact you as soon as possible.

This website provides general information only. It should not be relied upon as legal advice. The law is constantly changing and differs from location to location. Applicability of the law is dependent upon the facts and circumstances of each case. You should consult an attorney about your particular situation. Transmission of this information is not intended to create, and receipt does not constitute an attorney–client relationship between the sender and receiver. Internet subscribers and online readers should not act upon this information without seeking professional counsel.