27% Of All Motorcyclists Involved In Fatal Crashes, Legally Drunk 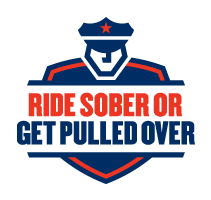 The National Highway Traffic Safety Administration (NHTSA) is using their Don’t Drink and Ride Safety Campaign to encourage motorcycle riders to practice safe riding habits. While motorcycles only make up a small percentage of registered vehicles on the road, motorcycle riders are overrepresented when it comes to statistics involving fatal crashes. These fatal statistics increase in situations where alcohol is involved. Unfortunately, motorcycle riders do not have as much protection as drivers and passengers in traditional vehicles; this increases the likelihood of injury and even death when accidents occur.

According to the NHTSA:

For more information and statistics you can download the Ride Sober or Get Pulled Over Fact Sheet & Talking Points document from the Traffic Safety Marketing website.

Operating a motorcycle requires an enhanced level of focus, coordination, and balance, so compromising your skills by drinking alcohol and riding can be a deadly decision. You’re not only putting yourself at risk on the road—you’re risking the lives of other drivers.

Previous Post: « What damages am I entitled to after being injured in an accident?
Next Post: Safety Tips for Pedestrians and Bicyclists »

Distracted Driving Crashes, 1 in 3 pedestrians who died in 2011 was walking drunk, Motorcycle Accidents, Side Impact Crashes
This website provides general information only. It should not be relied upon as legal advice. The law is constantly changing and differs from location to location. Applicability of the law is dependent upon the facts and circumstances of each case. You should consult an attorney about your particular situation. Transmission of this information is not intended to create, and receipt does not constitute an attorney–client relationship between the sender and receiver. Internet subscribers and online readers should not act upon this information without seeking professional counsel.