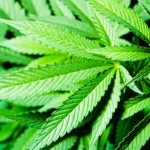 While Marijuana is not fully legal in the state of California, the state’s Democratic Party made its position clear on the matter in a resolution released Sunday. The California Democratic Party requested that President Barack Obama put an end to the federal crackdown against states with marijuana laws on record.

The party is requesting that the newly enacted marijuana legalization laws in Colorado and Washington not be interfered with by the federal government, also requesting that the Department of Justice end their interference and raids by federal agencies in states with medical marijuana laws. The authors of this resolution cited widespread voter support for marijuana (both medical and recreational), the mounting costs of enforcing prohibition laws, and the racially biased punishments as motivations for the resolution.

The United States spends a staggering $20 billion per year in the enforcement of marijuana prohibition laws. Marijuana prohibition laws have also been racially enforced within the African-American and Hispanic communities despite evidence that their use is no more significant than it is within white communities, leading many to cite racial prejudice as a leading factor in marijuana reform. Over 825,000 Americans are caught up in the criminal justice system annually for marijuana law violations.

To date, 19 states and the District of Columbia have passed laws legalizing the use of cannabis, and in 2012 we saw Colorado and Washington pass laws legalizing its recreational use. The party is encouraging state legislators to establish parameters that would guide cities and counties in issues concerning medical marijuana distribution. The Party also announced plans to launch a comprehensive study with the goal of producing recommendations for reforming our nation’s marijuana prohibition laws.

Recently a survey released by drugfree.org, harsh critics of drug use, indicated that a strong majority of Americans support legalization of medical marijuana, and nearly half support its recreational use. Reformed marijuana laws could also have a significant impact on illegal drugs being smuggled into the country as marijuana accounts for over half of these illegal drugs, while saving the United States a substantial amount of money in annual enforcement.

Previous Post: « Can I deny field sobriety tests?
Next Post: What is Possession of a Controlled Substance? »

Medical Marijuana, California Lawmakers Considering New Rules for Medical Marijuana, Can a medical marijuana prescription be used as a DUI defense?, California Medical Marijuana Regulation Bill Passes State Assembly Committee
This website provides general information only. It should not be relied upon as legal advice. The law is constantly changing and differs from location to location. Applicability of the law is dependent upon the facts and circumstances of each case. You should consult an attorney about your particular situation. Transmission of this information is not intended to create, and receipt does not constitute an attorney–client relationship between the sender and receiver. Internet subscribers and online readers should not act upon this information without seeking professional counsel.