What is Possession of a Controlled Substance?

Home / Blog / What is Possession of a Controlled Substance? 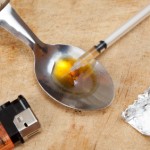 What defines possession of a controlled substance?

Possession of a controlled substance occurs when a person owns or possesses a drug or other illegal substance. As mentioned, you will typically see these charges applied to a person who is found to be carrying marijuana, cocaine, methamphetamine, or other illegal narcotics. It is also important to know that some prescription drugs qualify as a controlled substance and possession charges are possible if you do not have a proper prescription.

The crime of possession of a controlled substance occurs whenever a person knowingly and intentionally has control of an illegal drug. In these cases the prosecution will work to prove that the defendant knew the drugs were illegal and intended to use or control them.

Is it a misdemeanor or a felony?

Possession of a controlled substance can be either a misdemeanor or a felony depending on the circumstances of the crime, including:

Penalties for possession of a controlled substance vary and will generally depend on how the drug is classified. Drugs are generally organized according to how dangerous it is, and how much potential it has for treatment versus potential for harm. In most instances, the more dangerous a drug is considered to be the more likely it will be associated with felony charges. California classifies Controlled Dangerous Substances (CDS) into the following “schedules”:

Possession of a controlled substance requires that the person had knowledge of the presence of the substance and also had the ability to control it. If a friend asks you to hold their bag which unbeknownst to you contains drugs, it would have to be proven that you knew about the substances if you were subjected to a search by the police. These cases can be very complicated and it is recommended that you use the representation of an experienced criminal defense attorney.

“Do I need a criminal defense attorney?”

Possession of a controlled substance is a very serious crime that can carry severe legal penalties. If you need assistance with possession charges or would like to confidentially discuss the details of your case, please contact us today at (559) 222-5800. In most instances an appointment can be scheduled for the same day.

Fresno Drug Possession Charges, Drug Crimes, Penalties for Marijuana Possession in California, Drug Court Sentencing Alternatives
This website provides general information only. It should not be relied upon as legal advice. The law is constantly changing and differs from location to location. Applicability of the law is dependent upon the facts and circumstances of each case. You should consult an attorney about your particular situation. Transmission of this information is not intended to create, and receipt does not constitute an attorney–client relationship between the sender and receiver. Internet subscribers and online readers should not act upon this information without seeking professional counsel.